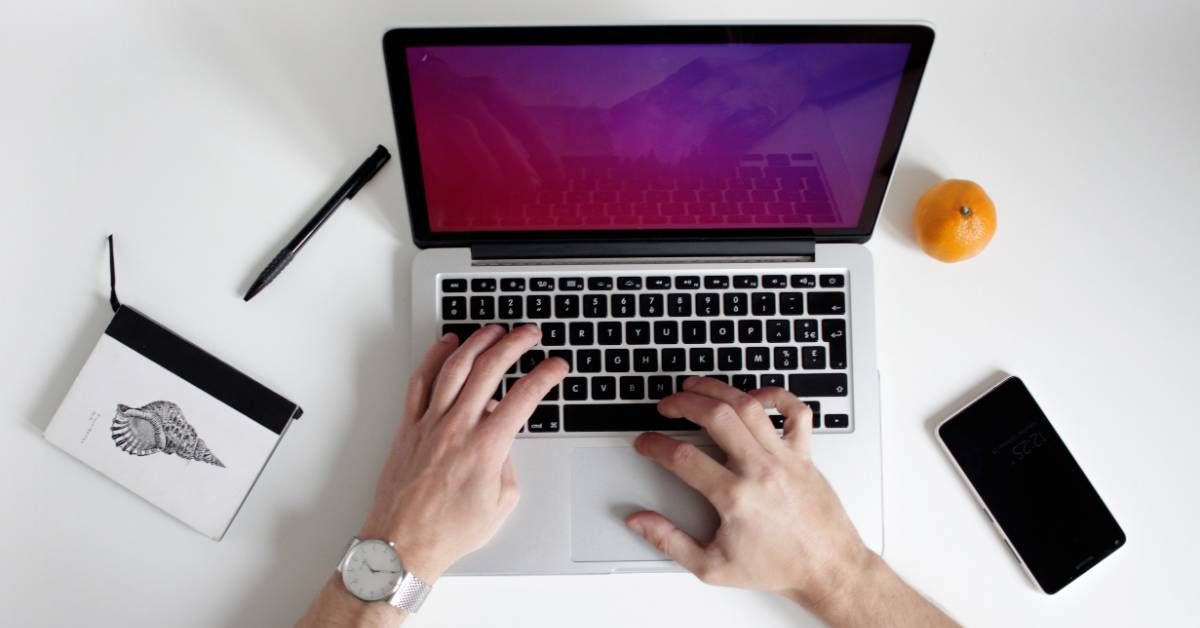 Does the idea of anything technological give you anxiety and you have half a mind to hire your eight year-old niece as your entire IT department because she seems to just “get” these computer things?

We understand that feeling, but before you have another panic attack, you should know that you’re not alone.

Whether you’re a digital native or a digital immigrant, it’s easy to get confused and overwhelmed by all of the information people seem to spit out effortlessly when it comes to computers. Don’t worry, that’s why you’re here at our blog page! We regularly cover topics in ways that are easy to understand so that all the pressure of understanding complicated terms and vocabulary are off of you. Instead of feeling daunted by insurmountable information, we’re going to help you take it one step at a time until you’re a tech wizard yourself!

In today’s blog post, we’re going to talk about cloud networking: why it’s important for businesses, what the different models are, and the benefits of switching to a cloud-based service. At NetServ Engineering, our team of experts in technology are prepared to help businesses in California establish and maintain the IT services needed for their business to thrive.

Before we can cover the different types of cloud-based services, let’s define some important basic terms first so that we all have the same strong foundation of accurate information.

What is “the cloud”?

To put it simply, “the cloud” is a generic term for the physical place (or rather, places) where all of the applications and services live. If you’ve seen an action movie in the past decade, it’s common plot point now for a character to need to break into a “server farm” which is usually a large, sterile room filled with servers (also called “black boxes” give their appearance) and sporadic blinking lights. A server farm is a perfect example of one of the cloud’s many homes.

If you’re older than 17, chances are the computers you remember from the past are much different than the ones we have now. If you wanted to create a birthday card or play a game, you had to plug in a CD rom, USB, floppy disk, or some other (now antiquated) form of storage device to your tower PC and wait for the application to install. It was slow, excruciating, and often time consuming. Now, instead of downloading that software to your own personal computer, you can use the internet to access a server somewhere else that already has the software downloaded and use that application for yourself with a personal account. No more waiting for installations, updates, or losing storage space on your computer — instead, you can access an up to date version of the software at any moment and begin working immediately through the cloud.

Now that we know how to the cloud works, let’s talk about different models of services you can access through the cloud to help your business succeed.

Don’t worry, we know that all sounds like alien speak at the moment. However it is important to know what the acronyms stand for as we go into more detail about each service available through cloud networking. 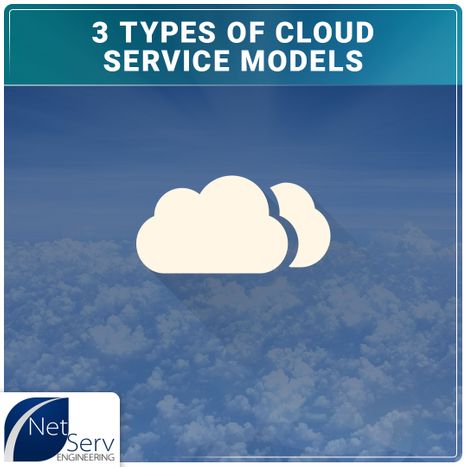 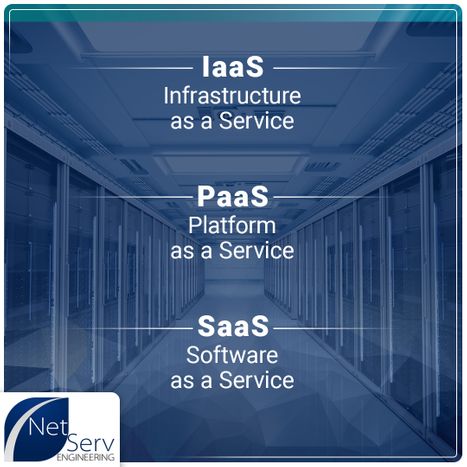 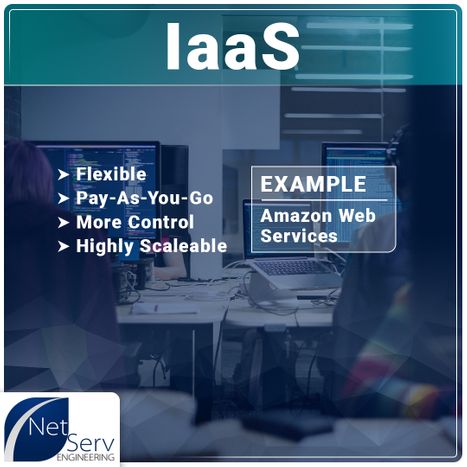 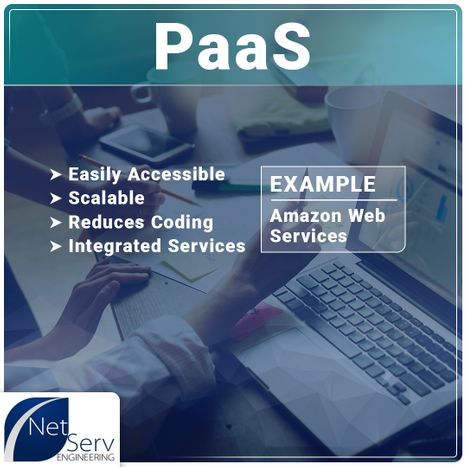 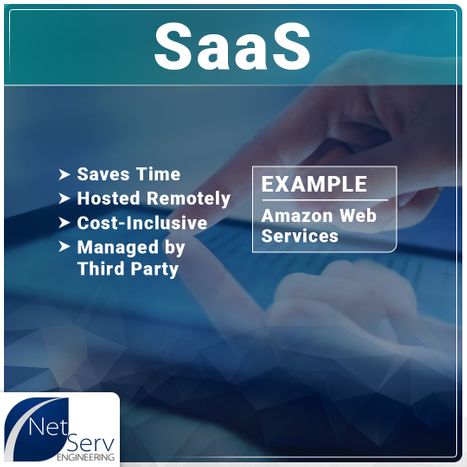 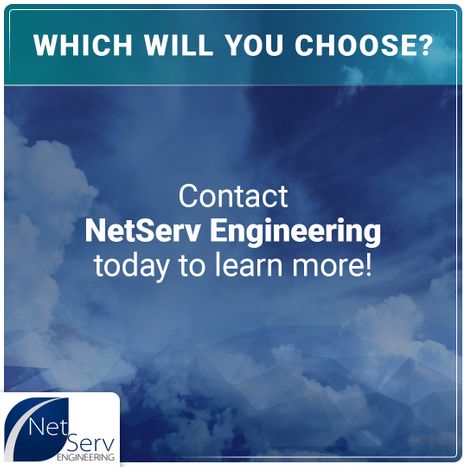 The following definitions are the basics that you need to know in order to hold a conversation and make an informed decision for your business. If you’re interested in knowing more, stay tuned into our blog for more details or contact us for more information about our cloud networking services.

IaaS aka. Infrastructure as a Service

This system model is one that gives the most control to the user. You’ll have the option to modify, manage, and run applications, data, runtime, middleware, and the operating system. The beauty of using an IaaS is how cost effective the model can be. It’s designed as a pay-as-you-go financial option so that you’re only paying for the IT services that you actually use. If you need to add more or cut back, the services and price are as flexible and scalable as you need them to be. A real-world application of an IaaS model that you may be familiar with is Amazon Web Services.

PaaS aka. Platform as a Service

Maybe you’re not looking to have that much say in your IT services, that’s okay! If you still want to be able to create, manage, and delete your applications and your data over the site then a PaaS might be for you. This model is known for its cross platform integration, multi-user accessibility, and lack of necessity for experience with coding or on-site software developers. An example of a PaaS you may have heard of before or be familiar with is Google App Engine!

SaaS aka. Software as a Service

Lately, you may be thinking, “I want to not have to worry about any of this computer mumbo jumbo!” Then you’re definitely going to want to establish a SaaS as your cloud networking system for your business. Using a SaaS you turn over technological control to a third-party computer services company and you can focus on your business and content without ever having to worry. Some benefits that businesses have found using this model is that it allows them to save time and the up-front cost is inclusive of every service provided by the third-party manager. A popular example of SaaS is BigCommerce.

At our IT services company we’re proud to help our customers and give them the best possible computer experience. Our team of experts is standing by ready to assist you with any issues or questions you might have about your computer. Save money and hire us for the most professional IT support and cloud storage services in California. If you’re interested in getting started with cloud networking for your business, or would like more detail about what a cloud service model would look like specifically in your case, please contact us!